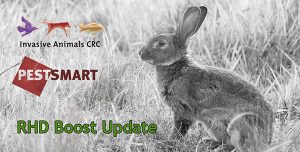 .
Rabbit viruses have been used in Australia since the 1950s with the first version of the RHDV virus being released in 1995. The latest version is now being released Australia wide and is both more effective and more humane than previous versions. This new version will spread to all parts of Australia and its release in our area will simply get it here a bit faster. Like the previous versions, it does not affect other animals including domestic pets other than rabbits and humans. Before viruses were released, huge swathes of Australia were ruined and we could easily get back to that situation if we tolerate these vermin at all. This link provides more information on the huge problems that rabbits pose to the environment and to farmers.